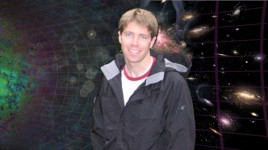 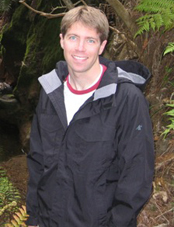 NLSI’S LUNAR team member Steven Furlanetto was awarded the Waner Prize for his theoretical work in the field of high-redshift cosmology, including groundbreaking work on the epoch of reionization and its observational signatures, and opening up new pathways to the study of reionization in the redshifted 21-cm hydrogen line. We would like to congratulate him on his award.

For more information about the LUNAR team’s research on the redshifted 21-cm hydrogen line visit https://lunar.colorado.edu/dare.

About the Warner Prize

The Helen B. Warner Prize is awarded annually for a significant contribution to observational or theoretical astronomy during the five years preceding the award. It is given to an astronomer who has not attained 36 years of age in the year designated for the award or must be within eight years of receipt of their Ph.D. degree. The prize is a cash award, and the prize recipient is invited to present a paper on the subject for which the prize was granted at a meeting designated by the Council.

About the Lunar University Network for Astrophysics Research (LUNAR)

LUNAR, a consortium of top research institutions led by the University of Colorado, is performing research, education, outreach, and community development to advance Science From the Moon. The Moon is a unique platform for fundamental astrophysical measurements of gravitation, the Sun, and the Universe. Lunar Laser Ranging of the Earth-Moon distance provides extremely high precision constraints on General Relativity, alternative models of gravity, and core of the Moon. Lacking a permanent ionosphere and, on the farside, shielded from terrestrial radio emissions, a radio telescope on the Moon will be an unparalleled heliospheric and astrophysical observatory. Crucial stages in particle acceleration near the Sun can be imaged and tracked. The evolution of the Universe during and before the formation of the first stars can be traced for the first time, yielding high precision cosmological constraints. LUNAR is pioneering important new astrophysical research by “using the Moon as a unique platform”; it broadens the participation in the NLSI by incorporating physical sciences from the Moon; it unites astrophysics and the Moon, which are individually both compelling means of motivating students and the public at large; and the required technology development is synergistic with other lunar science programs.

END_OF_DOCUMENT_TOKEN_TO_BE_REPLACED

There are no active volcanoes on the moon.